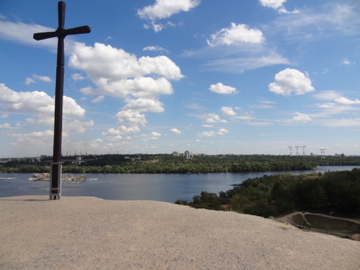 Well, as you may or may not know I went to Ukraine just before starting my trip to Japan in order to know the real sense of "surviving" in a country where the changeover from the Soviet time has still not stopped.

As you will see below I could enjoy the endless blue sky, the best vodka ever and fat girls (as for the last I didn't directly enjoy them). After reading this article I hope you will find this mysterious country a little bit familiar to you and feel like daring to go there once in your life (or maybe other way round). Anyway, let's get right into it. 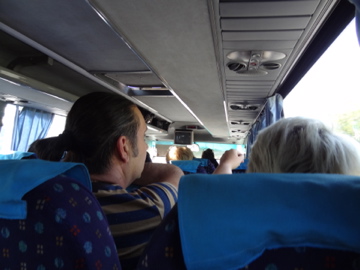 I had the feeling that Japan is very hot, especially Tokyo. I used to use an air conditioner at around 30 ℃. Ukrainians are stronger and probably, robuster. In the heat of 42 ℃ they use only small ventilators in the bus. Yeah this was a small introduction to the life in Ukraine so far but I think you've got already the right impression of the country.

So so, as I've just announced I went to Ukraine from Aug. 7th to 19th, since I had a friend at INSA, Yura, who came from Ukraine and he invited me to his place. Well, of course Ukraine is not very small it's about 1.7 times as large as Germany. The city my friend comes from is called Dnipropetrovsk and situated in the east of Ukraine. 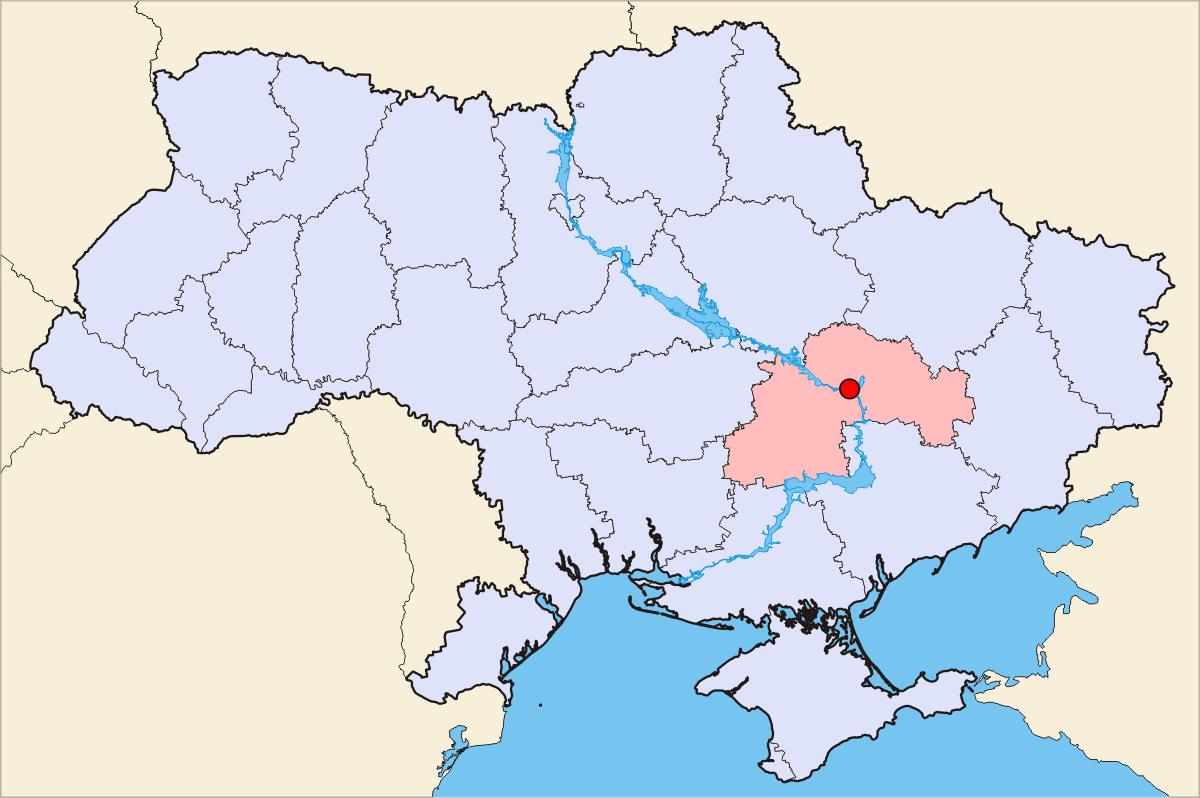 Like many other cities in Europe this city has a big river, Dnieper, in the heart of the city. It's used to be a closed city which foreigners were not allowed to get in during the USSR era due to its metallurgical plants. They are still working in some places making the atmospheres of a ghost town. Like Yura there are a lot of people working in metallurgical facilities in this town. The official language is supposed to be Ukrainian, like everywhere in Ukraine, but effectively the inhabitants speak Russian in the quotidian life since here in eastern Ukraine, they say Ukrainian is the language of peasants.

So far was the introduction of the city, but of course I could not directly fly there from Geneva. The first action starts in Kiev, or just before getting out of the plane when the passenger next to me spoke to me in Russian all the time. I said I don't spaek Russian in English, then in Russian. No effect. It was the day break of my boot camp in Ukraine.

Just after getting out of the plain there was a crowd of people speaking to foreigners saying "taxi? taxi?" and a never ending queue at the exchange office. This was a part of a bank and of course there was an ATM nearby. I was wondering why all of them were trying to exchange money directly while the ATM was not used at all. By trying all my credit cards (three cards) I figured out why. I was at the end of the queue in the next moment.

By the way, it is better to say "sightseeing" instead of "tourism" at the control at the airport. As for me, I was too innocent in that moment, just to be understood to be saying "terrorism".

Those who have visited the Eastern Europe know probably that it's not possible to drink the tap water, because they don't need water thanks to vodka. I had endless thirst at this point but by looking round I found out that a bottle of vodka costs something around 3 €. It's about the same situation as the one I experienced in Poland. At the first try I failed to buy water as I couldn't find it in the supermarket.

It is also important to mention that not all the people speak English. I thought of this beforehand but I supposed that young people would do. Anyway, my first try to speak to a young boy:
"Do you speak English?"
"No, thank you."
Hmm... well, thank you too.

Some time later there was an old sir speaking to me:
"What are you looking for a taxi???"
what? 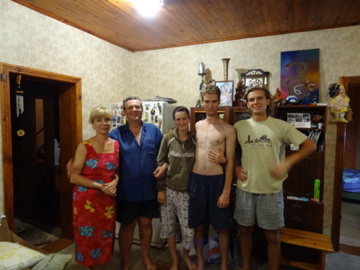 While not saying a single word I got a night train ticket for Dnipropetrovsk, which cost around 10 €. After the long journey of 8 hours I arrived at the station and to the family of Yura.

Since it was in the morning we directly had a breakfast, and appropriately enough, three shots of Wodka. At first glance you think you can see only five persons in the photo but please confirm that there are six people in this family. (and a lovely granny living in the same area but not exactly in the same house, of whom unfortunately I don't have a photo.) 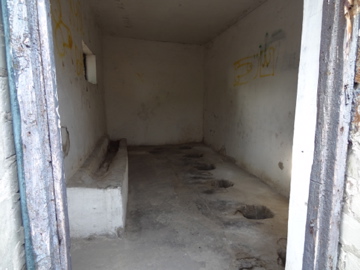 In order to please most of the readers let's start with toilets. In this part, I will show you the "reality" in Ukraine, if you haven't seen it before. The thing is simply, Ukraine is a very young country. And appropriately enough, it possesses objects treated as woud-be-historical in western countries. Of course the people are not different than in other countries, you would just see very slim people. I hope this section will be helpful to those going to the Ukraine in near future so that they are not totally shocked by a quotidian scene in Ukraine or maybe it will be a historical proof for what Ukraine once used to be. 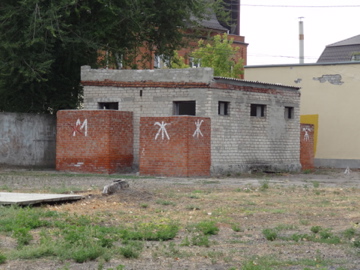 Anyway the toilets are those which are used at the school which Tatiana attended. There is apparently not only no toilet paper but also no privacy. I personally would be able to bring out at least 30 % less than what I have in stock. I suppose (and strongly hope) it is an educational strategy to build robust children such that they are capable of overcoming any difficulty in life, since I think there is nothing harder than these toilets in life, or maybe ... ?

From far away it looks like this. As you can see you have to traverse the semi-desert to arrive there and you can have the half fulfilled relaxation. 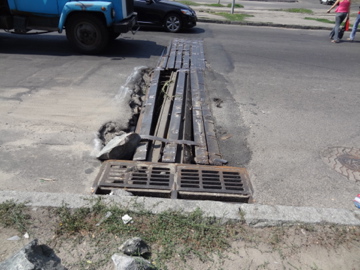 When you write a map you take normally a piece of paper and create a two-dimensional projection of the streets often simply depicted by lines. Who told you that it's enough to be a map?

The thing is in Ukraine you often find a sudden "gap" in the middle of a street, totally unexpected. "A gap" is actually a bad description since you can find scarcely only one, depending on your ability of seeing you would see different types of three dimensional irregularities all over the streets. I'm not sure if the surface of the moon is less flat than Ukrainian streets. 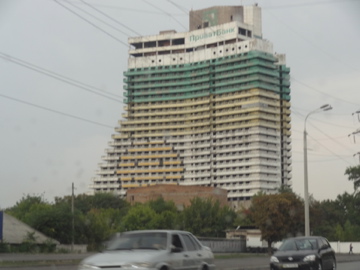 So here's at least one photo which seems to be normal. What is this? This is actually a hotel built in the USSR era, but never finished. And what happened then? Nothing. Yes, literally nothing happened after the fall of the USSR and no one wanted to take care or do anything for this building. At any rate you should not stare at the building all the time if you are in a car otherwise you are not prepared for the next street gap/hole/whatever. Unfortunately or fortunately I don't have a picture from nearby but it looks there are still some activities going on, but not official ones. As a representative one I put this photo but all over the city you can see other objects like this. The colorful facade makes it even more creepy... 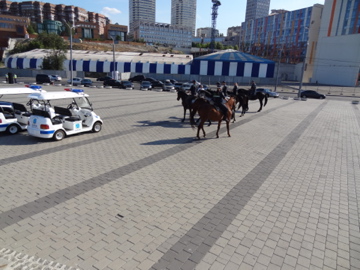 Ukraine is an animal-friendly country. You can see it also at home, since apparently every household has a certain number of animals. Here for exameple at Yura's place there are a bold parrot, which bites you if you offer him something to eat or drink, rabbits, cats, dogs etc. Of course on the street you can see horses. The difference to western countries is maybe the fact that even police use horses as a way of transportation. And the French colored cars looking like kid's toys are also police cars. The day they use pigs as a storm attack division against street demonstrations is maybe not too far away in Ukraine. 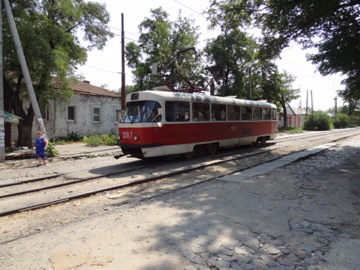 It's a shame that I don't have a better photo than this one because sometimes the trams here look so much more historical. Anyway the Ukrainian trams which make any black-and-white movies valueless were purchased from the Checz republic, which is not necessarily the most developed country in the world. Looking at the conditions of the rails first I thought they were not used anymore. It's a fortune for the Ukrainians that they are not too fat/heavy. The price is constant and around 20 cents. One day when I speak Russian perfectly I will try to negotiate the price with the conductor. 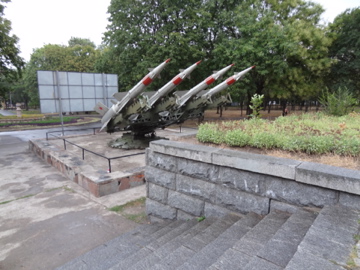 In certain domaines, there are sometimes prejudices and we are in a high extent unconscious of them. For example, what do you think there are in a park? See-saws? Swings? In Ukraine, there's a Katyusha. Surprisingly it is very difficult to find a supermarket here. Also very difficult to find a police officer. But you can find a Katyusha in a park and everywhere around the country, according to what I saw, it is normal to put a military or political item, in many cases both of them, in a park.

One nice thing in Ukraine is the fact that the people are sometimes remarkably easy going. Of course I mean it in a positive sense. 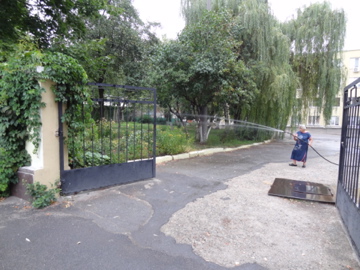 Or maybe it's also a certain kind of prejudice but this grandma is pouring water, under rain. This was the first times since several weeks it rained and the city was full of whoops of joy... or maybe not. Anyway, this easy-goingness was something maybe the western countries have lost in the course of development, as I was most probably the only one caring about the gaps in the streets, the ghost hotel standing alone in the middle of the city or the grandma pouring water under rain. Don't care about small things too much let's drink vodka. 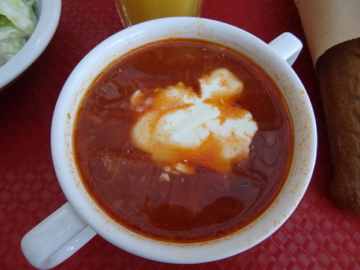 After coming back to France, it appears to me like a long summer night dream to have been in Ukraine for 10 days. Of course there is no illusion nor lies, but the reality that overcame all the clichés I had heard before was so overwhelmingly impressive that I cannot stop recalling everything again and again, trying to digest all I've seen, heard and experienced. Passing 20 years after the collapse of the Soviet Union, the trace of the transition of era still has a deep impact on the Ukrainian society, and probably it will take some more time to recover completely from the past. However, the mental attitude of the people is sanguine and healthy. This strength will certainly have a positive effect on their lives.

A small cup of borscht with a little drop of smetana in the middle, a dish Ukrainians never stop loving, will hopefully remind me one day of my wish to come back here again. 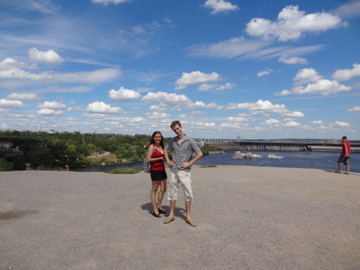 And so do I finish up my article by expressing my gratitude to the guys who realized my great journey to Ukraine. I hope they will have a great time in Germany!